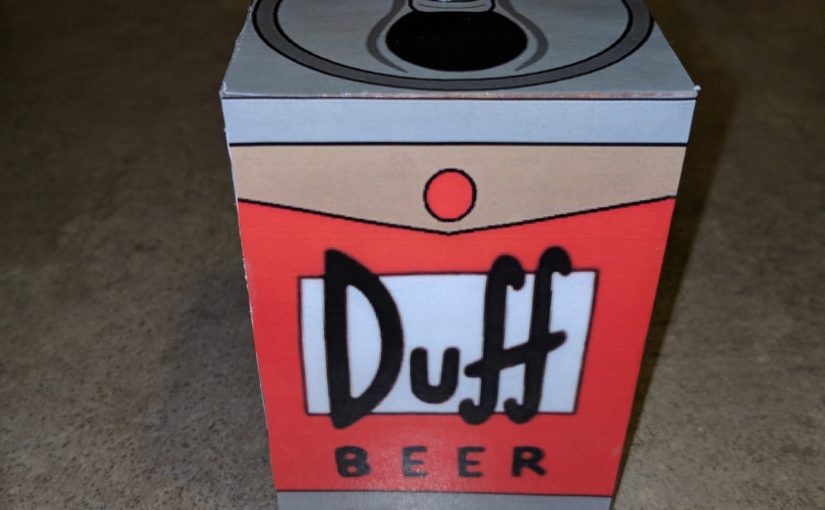 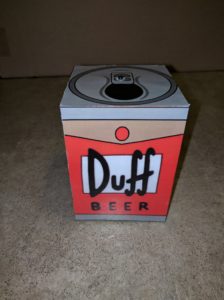 The basis for this clever project was originally someone else’s idea. I just made one of my own and put it in a nifty box. Pics put this around June/July of 2016.

The general idea is you take a Raspberry Pi computer, throw some video files on the SD card, add a button, and a little script that picks an episode file at random and plays it.

The circuit is very simple, just a 10k resistor and a button.

And the code is pretty simple, too:
/home/pi/RandomSimpsons.py

Copy show episodes to the /home/pi/simpsons/ folder – no subfolders, video files only

And add a line to crontab to run the script at startup: “crontab -e” then type: “@reboot /home/pi/RandomSimpsons.py” 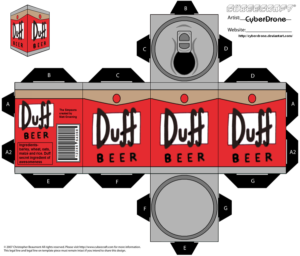 Soldered up a big red button & resistor for testing… pay no attention to that ugly glob of hot glue, this is precision craftsmanship right here 🙂 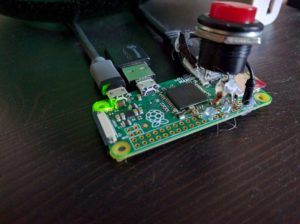 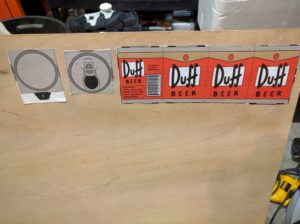 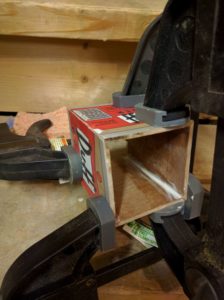 Big red button has been replaced with a smaller switch. Will cover with a “pop top” button cover… 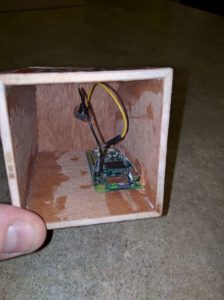 Didn’t like the matte finish of the Duff graphics (and they got a bit chewed up during assembly…), so I made up another set, laminated, and superglued to the box. 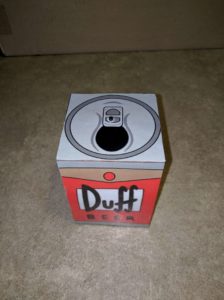 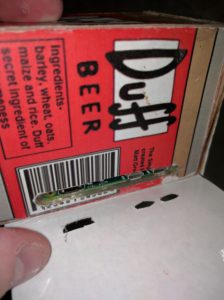 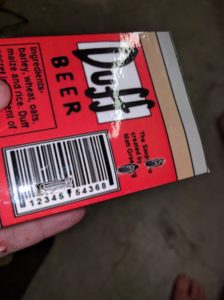 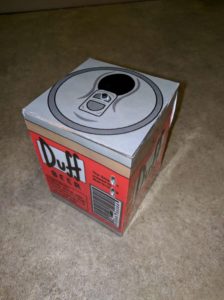 Hooked up to the TV and ready for awesome 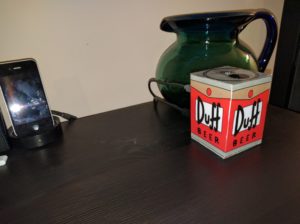 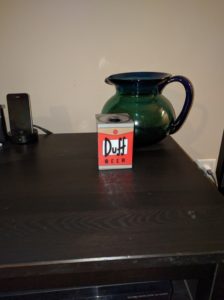